Are You Facing Gun Crime And Firearm Charges? Here's What You Need To Know About The Offenses And Their Defense

Anyone who has a gun license must follow firearms laws. Failure to comply with them can lead to legal penalties, including jail or state prison time. Unfortunately, it might be challenging to understand all gun possession and ownership rights, and the police might arrest you for violating some of them. When this happens, you may want to consult an attorney dealing with criminal cases for advice and assistance in fighting the charges. A criminal defense lawyer will explain the following facts about the conviction of these charges and how to beat them.

The law enforcers might prefer several charges against you for violating firearm laws. They might include carrying an unlicensed weapon or illegally possessing certain prohibited types of firearms. The police might also arrest and charge you in court for possessing a gun while committing a felony offense. In addition, you can face the law for having a gun in prohibited areas, including school neighborhoods. A conviction for these crimes can make you face severe penalties.

Your punishment might include revocation of your gun license, fines, and a lengthy period of incarceration. The court might also order revocation of your visa or green card, and may even order deportation if you're not a native citizen. A conviction for breaking gun laws can also affect your life in different ways, including losing employment and a lasting criminal record. However, it is important to note that viable defenses are usually available, and your legal advisor can use them to defend you in court.

Some of the Arguments Your Legal Advisor Will Rise in Court

Your legal advisor might argue that you never knew the gun was in your baggage. They can also claim that your gun was not loaded during your arrest. Therefore, there was no possibility that you could have harmed anyone with it. Your attorney can also tell the court that your firearm was faulty and that it could not have fired bullets. In addition, they might argue that your life was in danger and you needed the rifle to protect yourself. These defenses might convince the judge that you didn't intend to commit a crime with your gun. Because of this, they might offer you a lenient judgment or dismiss your charges.

Considering the consequences you might face when convicted of a firearm or gun crime charge, it is not advisable to deal with the case yourself. Instead, consult a criminal defense attorney to review your case and build effective defenses to challenge your charges. They will then represent you in court to convince the jury that you never meant to hurt anyone with your rifle. 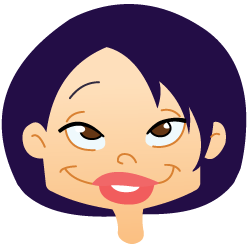